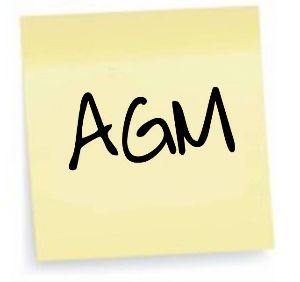 We do hope you will be able to join us for our first AGM and look forward to providing you with an update on the issues the committee have been investigating.

Please click HERE to let us know if you will be attending to help with organising refreshments.

As an organisation that represents the members of its community, the WRRA committee should ideally reflect the wide range of interested groups in the community.

With committee meetings being held monthly, there are approximately 11-12 meetings per year, and the expectation is that you should be able to attend most meetings.

If you care about what happens in our community, stand for the committee and make a difference!

Keep an eye on your emails as we will send out a list of the people standing for the WRRA committee on the 16th April.

Written nominations close Thursday 15th April, 5pm. Nominations from the floor will be available during the meeting.

Proposed Changes to the Constitution

We would like to propose the following changes to the Constitution. These changes will be voted on at the AGM and accepted or declined based on the outcome:
Amendments are:

Resolution 1: To change the period after the close of the financial year (31st March) when we must hold our AGM from one month to 8 weeks (clause 5.8)

Resolution 2: Members resigning from an executive position or a position on the committee will be required to give notice of not less than one week in writing to the Chairperson and one other executive member (Deputy Chair, Secretary or Treasurer). Notice by email or other electronic method is acceptable.

Resolution 3: The requirement in the constitution (5.8.4) for details of nominees to be provided to all members at least 10 days in advance of the AGM, shall be amended to:

Resolution 4: To amend 6.1 to read: “The committee will comprise not less than four (4) and not more than ten (10) elected members.

Resolution 6: To amend 7.2 which currently reads: “Proposed amendments to the Constitution shall be notified to all members in writing twenty-eight (28) days prior to the date of the AGM or SGM at which such alterations are to be voted upon.”

Amend to: “Proposed amendments to the Constitution shall be notified to all members in writing twenty-eight (28) days prior to the date of the AGM or SGM at which such alterations are to be voted upon. In the event that a proposed amendment is presented to the AGM within the 28 day timeframe, said amendment may be passed if agreed upon by a simple majority of the members. In the event of a tie the Chairperson shall hold the casting vote.”

Click HERE for a full copy of the Constitution.